Some may say this latest team that we are going to cover shouldn’t be included in the forty ‘Forgotten Clubs’ that have been and gone in the League of Ireland. Well, truth be told, this club has been around longer than most. Maybe not in the League of Ireland, but in different lower league divisions going back as far as the 1920’s. They aren’t a club in their own right, but a reserve team, which is not unheard of on the continent. Countries like Spain, Italy Germany and Holland all have reserve teams playing in their second or third divisions or even lower, but for some reason it is a bit of an unknown in the UK and indeed here in Ireland. This club has been and gone in the League of Ireland First Division and are now back, in controversial circumstances, but may be gone again, depending on what happens down in Limerick. Or maybe another club may take the step up and try compete in the First Division. If that’s the case then this club will have to take a step back into the shadows of the lower leagues. But for now, they will enjoy the dizzy heights of which they may compete in for at least one year. You may be forgiven if you think this side has no history whatsoever of their own. Well, they do and it is one laden with success, trophies and even great players. Yes, of course we are talking about Shamrock Rovers ‘B’ or ‘II’. You can decide on what you want to call them, but here is their story, so far…

Shamrock Rovers B played in the Leinster Senior League between the 1920’s and the 1960’s. They won it on two occasions, firstly in 1924-25 with players like a young Jimmy Dunne being part of the reserve squad, not getting a look in behind the first team’s squad, the ‘Four F’s’ as they were known as. Dunne could count himself unlucky to be playing in a time when Shamrock Rovers had Billy Farrell, Bob Fulham, John Fagan and John-Joe Flood in their ranks. But it’s safe to say he went on to have a great footballing career, playing for the likes of Arsenal, Southampton and probably most notably, 173 times for Sheffield United, scoring 143 times in the process. Dunne went on to become the Shamrocks Rovers ‘B’ player/coach in 1939/40 season and completed a double with them, winning the Metropolitan Cup and their second LSL title.

The side then competed in the League of Ireland B Division in 1964-65, becoming founding members of the league alongside, Bray Wanderers, Athlone Town, Home Farm, and the reserve teams of other Premier sides such as Bohemians, St Pats, Shelbourne, Dundalk, Drumcondra and Drogheda. It was a competitive league with it being used to play youth players, senior players returning from injury and also players trying to prove themselves to make the grade in the first team. Shamrock Rovers ‘B’ won the division four times in total, 1967-68, 1984-85, 1986-87 and 1995-96.

As the years went on, the divisions name changed, from the League of Ireland B Division to the A Championship in 2008. This also saw a name change for Shamrock Rovers B to Shamrock Rovers A. The team was managed by former hoops player and current UCD manager Andrew Meyler who made 45 appearances for the senior team in 2006-07, scoring 15 goals in the process which helped gain promotion for Rovers back to the Premier Division. His success on the pitch was mirrored as a coach, as he won the Championship A in 2009. After topping their respective group, Group 2, which consisted of sides like Bohemians A, Sporting Fingal A, Cork A and also a Cobh Ramblers side that were only in the third division of Irish football because they failed to gain a licence that year due to financial reasons. Rovers A came top of the pile winning eleven, drawing three and losing two. They then played a one-off final against the Group 1 winners, Galway side Salthill Devon and beat them 1-0 with the only goal of the game coming in the 97th minute from American and Longford Town cult hero, Don Cowen.

It wasn’t until 2014 that Shamrock Rovers B were admitted into the League of Ireland First Division. Galway clubs, Mervue United and Salthill Devon had made way for Galway FC, after the FAI had suggested that it would be better for everyone should the County of Galway have one club represent it and play at Eamonn Deacy Park. With two clubs gone, and one club in, this left a space open, which Shamrock Rovers B applied and got.

Welcome to the Official Celtic Store for all your Celtic Football Club requirements from Home, Away, Third & Training kits to Celtic FC Fashion. The latest Celtic news, match previews and reports, transfer news and original Celtic blog posts plus coverage from around the world, updated 24 hours a day. We are an unofficial website and are in no way affiliated with or connected to Celtic Football Club.This site is. Pkcs#12 digital id file vs windows certificate store. This the new Celtic FC strip 2020/21, Glasgow Celtic’s new home kit for the upcoming Scottish Premiership season. Made by Adidas, the new Celtic top was officially unveiled on 10 July, 2020. The 20/21 home shirt is the first to be released by the German manufacturer as part of their five year deal to replace New Balance.

In a competitive eight team league, which consisted of a relegated Shelbourne and a strong Longford Town, Finn Harps, the newly formed Galway, Cobh Ramblers, Waterford United and Wexford Youths Shamrock Rovers B struggled to really make a mark, and led by former Dindalk and Rovers player Colin Hawkins, they finished 6th, winning seven, drawing five and losing sixteen. The team shipped a total of 50 goals and scored only half that with 25.

Even weeks before the season would start, it was still unclear as to who would be competing in the First Division, with two sets of fixtures being released. One had Limerick FC in them and the other set had Shamrock Rovers II. Even the other clubs in the league did not know the situation, however a week before, it was announced that it would be Shamrock Rovers II taking the final spot.

That was not the end of the controversy however, as the other First Division clubs did not accept the decision, believing that it undermined the league as a competition and only gave an advantage to one club, Shamrock Rovers. Clubs like Longford Town and Bray Wanderes released statements in protest, even going as far as saying they would not play against Shamrock Rovers II, saying it would cost the clubs money to host fixtures against them as fans did not want to watch their clubs play a reserve team.

After many meetings it was decided the league would go ahead and that all clubs would fulfill their fixtures against Shamrock Rovers II, but in protest, most of the clubs refused to name the hoops reserve team in their match day programs, simply stating in some cases that they were playing a match against ‘Opposition’.

Shamrock Rovers II opened up their season with a 1-1 draw at home to Galway United, a match that drew a lot of critisism for being played in such freezing conditions, with some players being reported as having hypothermia after the game.

This, of course, has all become a bit irrelevant with the current global situation and how football came to a standstill for months due to COVID19. However, the season did restart, although has been cut in half to make sure it gets finished and under the guidance of Aiden Price, the current Shamrock Rovers II manager, they are sitting 9th, in the ten-club league, winning three games, drawing two and losing ten so far.

It remains to be seen if Shamrock Rovers II will be competing in the League of Ireland First Division next season. Will Limerick FC be back? Will another club step up and join the League of Ireland? It’s a funny situation, as it has fans split. Is it a good thing to have reserve sides playing in the national league? It works for other countries so why not here? Will this open up a can worms and see other clubs like Dundalk, Bohemians or Derry City attempt to apply for a reserve team of theirs to be placed in the First Division? Does that compromise the competition? Should there just be a reserve league created? So many questions have come up in regards to Shamrock Rovers II inclusion to the league and not a lot of them have been answered, nor do we think the will be in the near future. Still, Shamrock Rovers B or II have played their part in League of Ireland history, and we can’t forget that.

Celtic FC’s new third strip has been released, ahead of the 2019/20 campaign.

The jersey is grey with a striking berry chevron on the front – one hundred years on from this graphic first being used on a Celtic shirt in 1919/20. Grey and berry shorts and socks complete the bespoke kit.

Rising Celtic FC star Ryan Christie said: “All the lads love the third kit because New Balance always do something different with the design. This jersey looks really modern, but there’s also a big nod to the club’s history, which is always a nice touch for us players and the fans.”

New Balance Football General Manager Kenny McCallum added: “Celtic have a long and special history and we want to celebrate that in our kit designs. Although the colours here are contemporary and the performance technology is pioneering, the inspiration for the design goes back into Celtic FC’s illustrious and proud history. I hope the fans like it as much as we do.”

New Balance has employed the same cutting-edge technology across all three of Celtic FC’s kits for 2019/20. The jersey is developed using innovative NB DRY technology, a moisture wicking fabric that helps keep players fresh and dry from the first to final whistle. A bonded chest seam, mesh top yoke, engineered ventilation and a back body map and construction are also included to promote freedom of movement on the elite jersey.

The strip is part of New Balance Football’s ‘On To Victory’ campaign for Celtic FC in 2019/20 which embodies the Club’s constant quest for success. 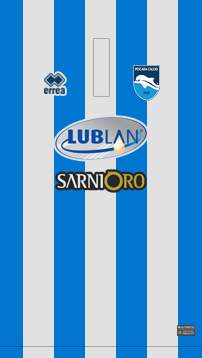 The full range of New Balance Celtic FC 2019/20 kit products, including the elite player jerseys and replica jerseys, are available to pre-order now, and will be available at www.newbalance.com/football, in New Balance stores worldwide and from Celtic FC’s megastores and online store from Tuesday 6th August 2019.