Check out these 10 best PC and mobile games that will take you on a ride.

Minecraft is a simple-looking indie game that has hit the records and is very popular among all ages. T This sandbox game is a digital construction of building blocks and toys, but it’s exquisiteness and addictive qualities make Minecraft stand out.

Since its release in 2009, Minecraft has inspired a number of games but topping this game is almost impossible. However, there are certain games that work on the principle of exploration and building like Minecraft. Where the player needs to apply their own unique twists, like first-person shooters, RPG-like quests, or extreme survival challenges, they have managed to stand out.

Whatever the case may these games will never disappoint you. If you are in love with Minecraft but still want to try your hands on similar games, here is your best bet.

Check out these 10 best mobile and PC games that are inspired by Minecraft but are unique in their own sense.

Best Minecraft Alternatives that you would love playing

When Minecraft was introduced people compared it with LEGO and many even considered it as an alternative to LEGO. But with time as things changes, Minecraft created its own identity and it is now the biggest game of all. This made Lego create LEGO World. Isn’t this funny. The game that was compared with Minecraft took inspiration from it. It is like a circle of blocks.

LEGO Worlds is a combination of Danish plastic blocks (break it, craft it, and build it) gameplay made popular by Minecraft. Although in development, LEGO Worlds is an amazing game. This game can be intimidating as it will amaze you by showing how large the worlds are. LEGO Worlds is a sandbox video game that allows players to discover and build the world using Lego bricks.

The game doesn’t have a survival element; hence the focus is on collecting things across the map with studs an in-game currency. This game is very interesting and addictive. The latest version of LEGO Worlds includes a multiplayer option and features world sharing.

The gameplay of Survivalcraft is often perceived to be a clone of Minecraft Pocket Edition where players create the world using cubed. But trust me Survivalcraft is more than a Minecraft clone. It is a sandboxed video game created by Igor Kalicinski. In this game, the player is on a deserted island and needs to collect food for farming, hunt animals. In addition, the player needs to craft tools to stay alive.

This game is more focused on player survival, where attention needs to be paid to food, sleep, and animal attacks. What makes Survivalcraft discrete from Minecraft PE is weather effects, animal mounts, electric circuits, and other weapons.

Lunacraft welcomes players to the future where they can explore and colonize a new alien moon every time they play. Virtualbox install macos catalina. Moreover, Lunacraft has those features that other games of its genre don’t have like crafting mobs, collecting material, etc. A procedurally generated moon can be explored to collect resources, explore caves, determine alien technology, etc.

The game is free, but players need to make in-app purchases to remove advertisements and unlock a crafting guide.

Terraria is an action-adventure sandbox game initially released for Windows in 2011, which is now compatible with different consoles and platforms.

Terraria features crafting, building, discovery and combat somewhat like Minecraft. In this game, players can combat with different creatures in a digitally generated 2D world. With over 12 million copies sold Terraria is a great alternative to Minecraft.

Besides building staples, their own home players can meet and intermingle with non-player characters.

Terraria is noted for its classical exploration style. The player starts playing a game with a small amount of health and mana points that can be increased if certain items are found. Some items, resources can be found in specific areas on the map. Moreover to craft new items players uses resources. 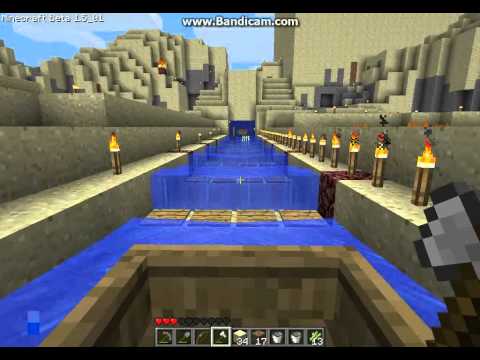 This game takes a 2D Minecraft route and allows you to discover, mine, craft and build in this giant sandbox game. Blockheads latest update version 1.7 gives robots, seas, jungles, arctic waste, etc. Moreover, you find harvestable items that can be used to craft and create.

Unlike Minecraft you can control multiple Blockheads this is a big advantage. To speed up crafting items players can use Time Crystals, this can be either collected or bought via in-app purchases.

Another action-adventure 2D game that provides a procedurally generated environment where the player is able to explore, craft, visit towns and villages and get new weapons, armor, etc.

Starbound (beta) focuses on sci-fi, where players take the role of a hapless traveler flying from their home planet, to crash land on another.

The game has story-based missions, quests, free world exploration, enemies, etc. Players can even farm and soil crops. Starbound looks like an advancement to Minecraft.

Disney Infinity is an action-adventure sandbox game where your favorite toys come to life. Players get a giant customizable universe known as Toybox where they can explore the world of Disney animated movies, Star war, the world of Marvel.

Disney Infinity is a flexible Toy Box mode using which players can mix and match elements from various playsets and create their own customized Disney Infinity environments and minigames.

Toca Blocks has its own take on the Minecraft phenomenon. This game lets players combine and discover.

In Toca Blocks players can build worlds by using their creativity and have their own adventurous path. During the game, you meet new characters, discover their abilities and take them through your world.

Toca Blocks gives kids a virtual platform that can be used to experiment and stretch their creativity. Players can discover the world, interact with blocks and objects where each character have their own powers.

BlockBuild is another great alternative to Minecraft. In this game, players can put together the world of their liking using their creativity. It is a sandbox game where players can explore, discover amazing places and reassemble cubes in whatever form they like.

To remove a cube press and hold the top of the cube until it disappears. BlockBuild is not restricted to any age group. Players from all age groups love playing it and enjoy countless hours of fun and creativity.

Want to check your imagination? Roblox is your place.

This Minecraft alternative offers millions of worlds to explore. Roblox is a cross-platform creative game that has a unique style. You can customize an avatar with tons of hats, shirts, faces and more. Further can chat with friends, buy, sell and create virtual items. To buy items players can use Robux virtual currency in Roblox. Anyone can buy clothes but only players with a premium membership can sell them.

So, this was a comprehensive list of alternatives to Minecraft. Now, grab your pick! Unable to see the game you were looking for? Check out our list of best games to kill time on Android, best multiplayer Android games, top farming games, top puzzle games, top single-player games, best fishing games. Still not satisfied? Tell us in the comments what you are looking for.